A Visual History Of Churchill Victoria 3842

Churchill likes near the South Eastern side of the Hazlewood Pondage.

For years the town lacked paintings, outside art scapes and even community gardens.

Gloriously one week that started to change.  Youth, now adults had come back to the town, gained permission and then targeted the community surfaces.  The dull and drab suddenly began to have new life.  Even underpasses at the side of shops garnered a new, vibrant coat of paint.

This painting tells the visual story from left to right.

The aboriginals inhabited the land long before the next visitors arrived.  The Dreamtime traveled the land areas. Farmers returned from the great wars.  Were allocated a ticket for land clearances.

However after the second of these overseas wars the country needed power stations.  Latrobe Valley and it's surroundings have plenty of brown coal just lying there. Thing is the power stations needed water for cooling.  Thus tickets were rescinded.  The valley ended up with a Pondage. 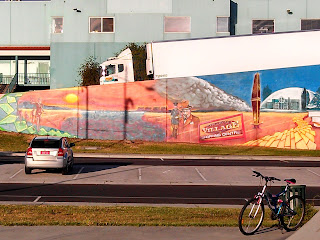 Boat and marine skills were learned as the area soon had a yacht club.  Kayak and canoe lessons were learned there.
Fifty odd years ago CThe township of Churchill was named.  Strangely the two shopping areas had a divide that was the road separating the shopping centers.

With the opening of Churchill, there was a choice.  The Cigar of its namesake won rather than a swimming pool for the population of the township.

The cigar's light though acted as a beacon for cars and lost travelers in the foothills of the Strezlechis where at night there simply were no lights.

The binni shell was created as the Monash [ Now Federation University] was originally part of the Yallourn TAFE system.  The Bini shell area is now cleared and yet to be built on.

Churchill as a town has a path system that just about surrounds it created out of a granular compactable surface.  Hence the Yellow Brick Road visual reference.

The painting of this mural came at a time where the population was experiencing a change in connections.  The people began to know where they had been. They encouraged the younger generations to know where they were going with their lives.  To broaden their horizons.   To explore the fact that they were awesome enough.  And now the younger generations are inspired to ask questionds about the history of the two towns under one roof. 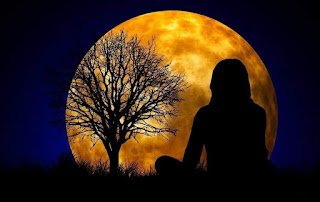