England was a place of so many contradictions that it seems confusing at first.  Mind you that could also be because it took over fifty-nine years to arrive there.

Yes, the flight from Melbourne to England took people backward in time.  Additionally, it also made sure you were able to spend the longest night awake... watching the land far below and the temperature outside dropped to minus 65 deg C.

Something i would not like to be outside of was the warmth in the plane.  Yet way down below tended to look like someone had layered icing on a smooth surface then hacked and chopped plus smoothed out the surface.  This was what the mountains and valleys looked like as the plane flew below the Pakistan mountain ranges.  Less than 24 hours before a jet had landed on the wrong side f the border.

Thankfully the planes took this as a terrific way for people like myself to just see a really new way to get through the rugged countryside.

Great big ice lakes that began to take on the form of toffee broken, jaggared and riding upon each other.  Candy floss clouds as the sunlight began to beam ver these ranges.  Just an hour or two before there were lights around the countryside.  Or maybe that was between sleeps.

Anyway, flight over that part ofthe earth really had to bee seen to be appreciated.

The memories of a world full of nly four prime colours still is with me aver six weeks later.  There was the blue of the sky, a movey blue and  an orange.  Plus the white, greywhite and blacks.
The whole world was those colors at that time of the morning.

Would have loved to have taken photos through the double glass little viewing windows. But until the camera to do this is in my hands the only way to describe it was at the time.  And no one but the stewards was awake to see this marvelous unfolding of the first morning, so high above the highest cloud, and that's when the belief came through that there I was off on adventures.

New discoveries and alone I was.  So I sat, stood and watched while taking massive amounts of notes via letter form.

And then the overdue sleep of the night came into being.

Later waking as the plane was above France [somewhere] and heading towards Heathrow.  Buffeted by the cold and icy wind that was whipping around the Northern wind funnels. 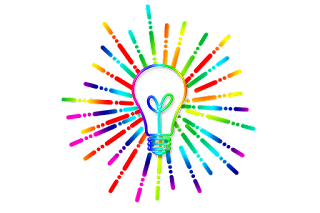